US Index Technical Forecasting from neutral to carrier

The S&P 500 continued its recent low of the spring, but received little resistance around the January 10 low. What I expect next week is whether the near-term high will remain or at least close.

Proximity above 4595 may open up a lot of potential for further profits, but the broad technical picture is a bit weak, and those profits are still viewed with suspicion. We may not see the market melt down next week, but the market will be reversed because of the recent volatility.

At the moment, however, there is a risk that the market will move significantly with the January 4222 low margin. Head and shoulders, left shoulder in September and head in January, form the right shoulder, if we look at recent highs or there.

Before the pattern can be triggered, it will take a large drop below the desired minimum, but it is possible. It takes a little more time for the right shoulder to mature to create a better symmetry on the pattern, so we think we may not be ready to roll yet.

Overall, though, the overall marketing bias at this end is supported by neutrality.

Of Nasad 100 He began designing the head and shoulders as the S&P 500. If not, it is likely that NDX will be able to move in parallel under the bull channel if the market is to devalue. 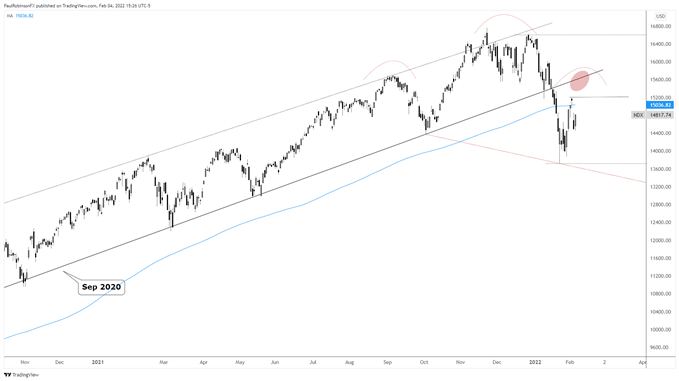 Of Dow Jones It offers less clarity than the S&P 500 and Nasdaq 100, but the Dow will go along if we explicitly lower the risk. From 34k to Jan Low at 33150 There is a lot of support Short-term resistance hours at 35679. 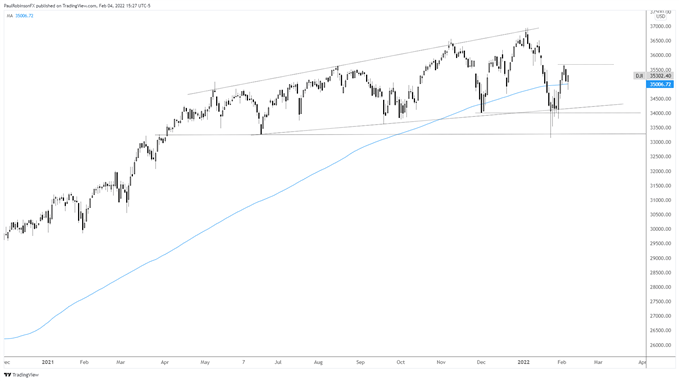